​Bazzacam is based on Waiheke Island, New Zealand 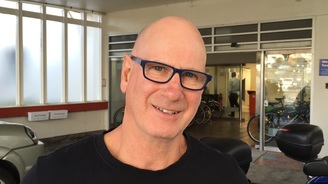 Baz Caitcheon leads Bazzacam as director/trainer of video content for a range of clients.  As well as producing content, Baz trains organisations to shoot, edit and publish their own videos, on and from their iPhones and iPads. 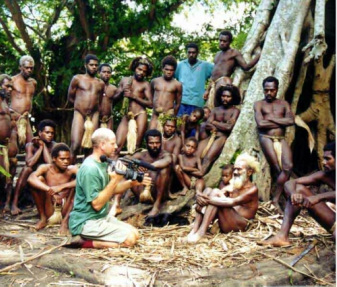 Baz set up his own production company in 2000, Bazzacam Ltd.
This after project managing digital TV channel startups for TVNZ.
In 1999, Baz's team were awarded Technology Innovator of the Year for Australasia.

For the next five years he contracted to NZ production facilities Greenstone, Cream, TVNZ, TV3 and the BBC, while building a client base in the corporate sector.
He shot, directed and produced TV series contributing to or responsible for:
Nurses, Maggies Garden Show, Wanted Down under, Motorway Patrol, Choppers, Demons to Darlings, Private Investigators, Auction House, Wa$ted and material from around the Pacific.

He helped the leaders and employees of organisations tell their stories.
These include The Warehouse, NZ Trade and Enterprise, Foodstuffs, and various District Health Boards.
In the 2004 he ran 2-3 week workshops on video production for the Ministry of Social Development, and as trustee for Waiheke Cinema, coordinated local talent to produce short clips to precede main features. Waiheke Island now has a growing archive of community stories and Baz has since gone on to establish a wide stable of clients with Video Production and Smartphone Video DIY.

Bazzacam have a team of associates to provide full support in production and production mentoring.
​Among these:

Graham Elliott provides a full production service for television and online and is behind NZ Stock Footage.

Simon is one of New Zealand's leading Director's of Photography, shooting and directing for local and offshore producers.

Chris Brokensha is Kaleidoscope TV, another great Auckland based DoP.

Sascha provides his own workshops at http://www.smartphonefilmacademy.co.nz,  and assists Baz with his when things get busy.
He also provides a media production service at www.swisskiwi.co.nz

Cutting his teeth with TVNZ and winning international Promax awards with Sky TV, Scott edits at MediaWorks TV3 studios, and continues to cut his own stuff he's passionate about.